Today part of the January 2023 Patch Tuesday update, Microsoft has released Windows 10 KB5022282 and KB5022286 for users in the production channel. These cumulative updates address multiple security vulnerabilities and fix numerous performance issues. According to Microsoft, the patch contains miscellaneous security improvements to internal functionality. In addition, addresses a critical bug that prevents computers from booting up. Also there is a bug fix for issues that affect the Local Session Manager (LSM) as well as fixing a Microsoft Open Database Connectivity (ODBC) problem. Windows 10 KB5022282 is an important security update that eventually downloads and installs automatically on your device. Windows 10 Build 19045.2486 offline installers are also available for download on Microsoft Update Catalog.

Since Windows 11 release, Windows 10 is no longer the primary operating system or priority for Microsoft, And you won’t find any big changes in the latest update or forthcoming cumulative releases.

This will start downloading windows 10 KB5022282 update files from the Microsoft server, Once done click on install now then you need to reboot your PC to apply them. 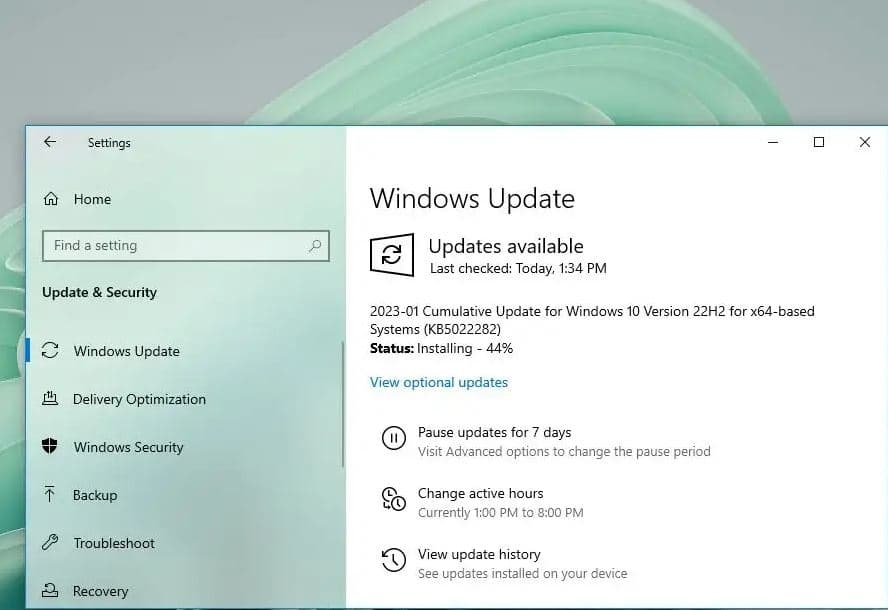 After installing the latest security update windows 10 KB5022282 changes the build number 19045.2486. You can check the same using winver command.

Note: The above windows 10 offline installer link opens Microsoft’s Update Catalog. You need to click on the “download” button next to the version of Windows 10 compatible with your system and begin the download by clicking on .msu link which appears in the next pop-up.

If you are looking for Windows 10 ISO image click here.

The full list of Windows 10 Patch Tuesday updates are below:

You can read the complete changelog at the Microsoft support site here.