Chrome 109 includes Conditional Focus (opens in new tab), which will allow a video conferencing app to decide if it wants to focus on either a tab or window when screen sharing begins.

If you are already running the Chrome browser, the latest version 109.0.5414.75 downloads and installs it automatically. Also, you can manually update the chrome browser from settings -> about chrome.

Or you can type chrome://settings/help on the address and press the enter key to update chrome 109. 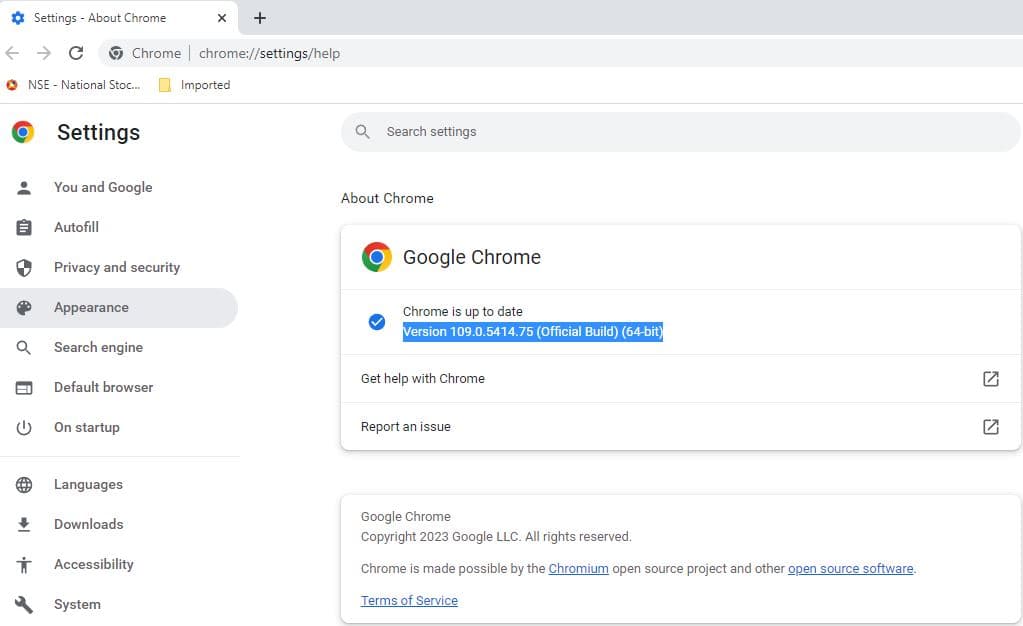 The latest release focuses on improving the stability and performance offered during browsing sessions, but also corrects a series of problems related to the security of devices and data. It also addresses 122 bugs discovered in the browser.

With the latest Chrome 109, the company has included Conditional Focus feature that is enabled during screen sharing in conference calls. Ans improves the sharing experience to allow the end-user to limit the shared screen to a precise area on the screen.

“Material You” theming feature was previously only available for chrome for Android only and now chrome 109 make it available for windows and macOS which allow users to change their entire theme based on Chrome’s background.

Currently, it’s an experimental feature hidden under flags and you need to enable the “Customize Chrome Color Extraction” flag from chrome://flags/#customize-chrome-color-extraction

MathML is a language for describing mathematical notation in a way that can be included in HTML and SVG. It is rendered in a CSS-compatible way with OpenType MATH and exposed via platform accessibility APIs.

Chrome end support for windows 7 and 8

What is new on Chrome 109? Video tutorial

Important to know! The offline installer links do not include the automatic update feature.

Note: Chrome 110 is scheduled for release on 01 February 2023, we update the chrome 110 offline installer link once it gets live.